The semi final of Odysseus II for Bulgaria, Cyprus and Greece in the Pioneers’ category took place on 2 – 4 April 2016, at NOESIS Science Centre, in Thessaloniki, Greece.

Seven teams, which had qualified from the first round of the contest, competed in the regional final and presented their projects in front of a jury.

During the first day the contestants were given a grand tour of NOESIS Science Centre and Museum, attended a show in the planetarium auditorium and prepared their presentations for the next day.  In the evening they visited the observatory in the campus of the Aristotle University of Thessaloniki, where Prof. Seiradakis gave a short lecture on gravitational waves and a fruitful discussion followed.

The winning team of the regional final was the team «Astronomy Addicted» from the Hellenic-American Educational Foundation, Athens, with the project entitled «Living with the solar wind».

Special citations were given to the following teams:

In total 19 pupils participated in the regional final, 13 out which were girls! 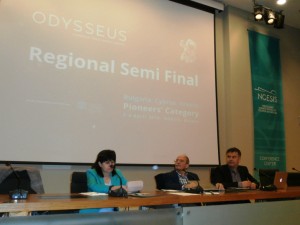 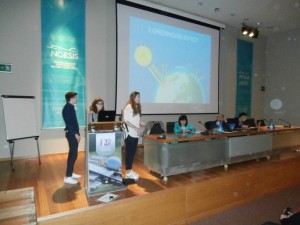 Presenting the project in front of the jury 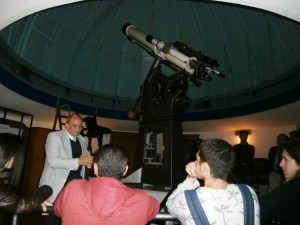 In the observatory of the university 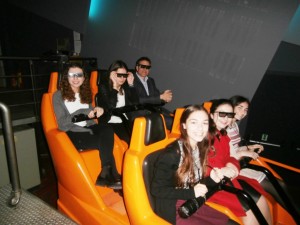 Teams having fun in the 3D simulator 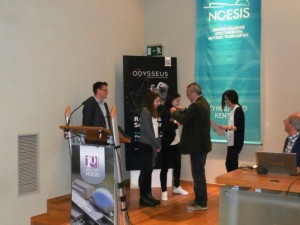 The winning team receiving their medals